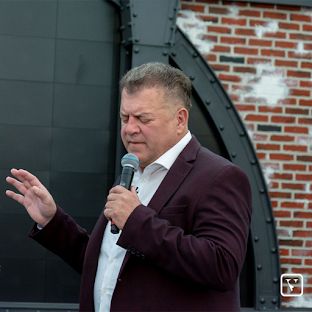 No other chosen ones have been raised up to the extent of 144,000. These people are high priests. The Lord is bringing in a whole new priesthood to restore all things and bring in the harvest. This remnant is one of the most important positions and ministries that was ever created. The whole Bible is about them. The remnant is often discussed in religious circles but not really understood. Most soldiers are trained to fight from afar. They're not close to their enemies to fight them. But the 144,000 are special forces. They’re not coming to play around; they’re coming to bring maximum damage to the kingdom of darkness. The Lord is bringing those who are violent in their faith.

So many prophetic voices are saying that the harvest is coming any day now. The Early Church also said how it would come and who would bring it in - these apostolic fathers taught that the 144,000 would be sealed by Elijah to bring in the final harvest. The Lord is not looking for those who are always repenting for their sins and not changing. He is looking for those who are going through the veil to be transformed. The High Priests are the only ones who go behind the veil and this group of God’s chosen are a high priestly race that is going behind the veil and only they are able to see and hear what is taught in the glory realm. The high priests were not permitted to teach what they were shown behind the veil to other priests or Levites, only to other high priests. Malachi prophesied that Elijah would come to raise up a new priesthood because in the end times the priesthood in the church would have become corrupt.

We are in a time like never before where there are so many false messages being sent out, both in the news and in the church. The fake news that is going on in the media is a reflection of all the different gospels that are being preached in the church today with so many different denominations. The great deception is within the church. The Apostle John tells us that the Antichrist spirit comes from within the church (1 John 2:18-19). It’s one thing to talk about Jesus, but do our actions show that we live Jesus?  People need to see Jesus in us not just hear about it. Did  Jesus not say you worship me with your lips, but your hearts are far from me? (Matthew 15:8).

The glory that is coming is going to be revealed in those whose souls have been made fittest for it. You're not going to be able to receive it unless your soul has been sanctified by the teachings of Elijah. The Early Church understood that it was the teachings of Elijah that would raise up and seal the 144,000 but this understanding has been lost in the church today. Just as the 144,000 are grossly misunderstood, so is the role of Elijah and the magnitude of missing this prophet who is coming to raise up and seal the remnant.

We see how the Early Church emphasized the significance of the teachings of Elijah and how he would purify the 144,000 as they understood what was prophesied in the book of Malachi. The church at the end grieves God with their prayers and weeping because they do not understand how to give God the offering He desires, and they treat His word with contempt. Elijah comes to purify the sons of Levi, but that’s not the whole church - it’s just the priesthood. There was a covenant made with the priesthood that was not given to anyone else. When the priesthood is ready God will come to us for judgment. You see this in the book of Revelation when the four winds are held back until the sealing is complete. We see how the four winds are there to breathe on the dry bones through the spirit of prophecy. The four winds are the breath of God, the revelation that brings life to this army that rises up. It’s Joel’s army, the remnant - it’s these dry bones coming back to life. The remnant is spoken about everywhere. There was nothing like them before and there will be nothing like them after.

The revelation Elijah releases takes them through a death to self process, killing off the old man along with his deeds (Colossians 3:9). This brings about a resurrection. The spirit of prophecy has this effect on us, just as it is written that God kills and  makes alive through the process of revelation. Nothing can be released until Elijah finishes sealing the servants of God on their foreheads. The 144,000 are those who will be sealed before God breathes into them. They will carry and wear the resurrected body. Those in the religious system are those who will be sealed in the mark of the beast. There are two seals: the mark of the Antichrist (666) which will happen almost simultaneously with the sealing of the 144,000. We need to make sure that we find out who Elijah is in order to be sealed by the revelation he releases in order to be a part of the remnant who will usher in this final move of God. Amen.

Popular posts from this blog

The Time is Now 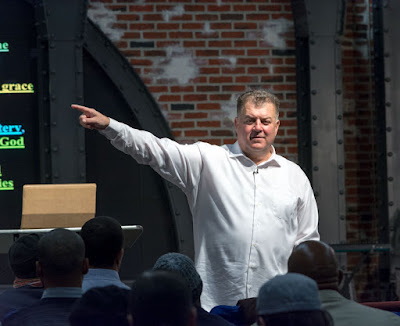 The Time is Now The atmosphere is charged with warfare right now and we should be feeling it in the Spirit. While one party is pushing socialism and communism, the true patriots are standing up to fight. As the body of Christ, we should be all the more prepared and determined to come against these opposing forces with everything we have. We need to remember that our lives are not our own. In the Early Church, those who renounced Christ so that their lives would be spared were not welcomed back. The Lord is looking for those who are prepared to battle no matter the cost. When Elijah met with the prophets of Baal it became a battle for the nation: God’s true prophet facing the false prophets within the corrupt system. Today’s mainstream media have become those false messengers; they’re the prophets of Baal who have an agenda that only exalts the message of Jezebel. It’s a deadly mixture of governmental intimidation and false religion. This false seed is what births the one world governm
Read more 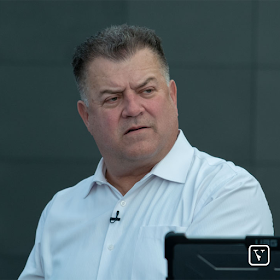 The church is being prepared to receive the baptism of fire. This fire will release us into something that has never been seen before and bring a shift in our minds. The apocalypse is a removal of the veil, or seeing something that has never been seen before. In Hebrews 10:20, Paul tells us that the veil is the flesh. Simply put, those who still have flesh in the way won’t be a part of this transition. We have to get rid of our fleshly desires to go into the Holy of Holies. The apocalypse is not about the end of the world - it is about the end of religion. Moses went up Mt. Sinai to receive the Torah and give it to the people. When Moses came down the mountain, he read them everything that the Lord told him and the people said, “we will do it” or they said, “I do.” The Covenant of the Torah is a marriage contract and the people understood what would happen if they were to disobey this covenant. The Lord is looking for people of the covenant, those who are keeping the marriage contract.
Read more 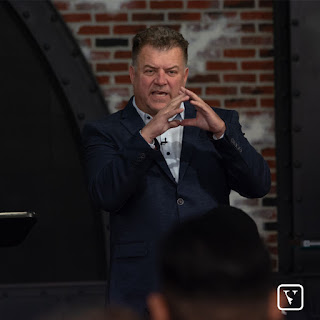 We have been taught that the final harvest has to do with people, but the Early Church taught that the harvest is actually the fruit in our lives. Understanding what that fruit is and how it is produced by the Torah is the foundation for the final move of God. The Early Church’s understanding of fruit goes against modern day church’s theology. For one, most churches have thrown out the Torah, and instead teach that Jesus did it all at the cross. Fourth century Early Church Father, Eusebius, speaks about those who have done away with the Torah:   “ Some of the heretics simply deny the Law and the Prophets for the sake of their own doctrine . And under the pretense of grace , they have sunk down to the lowest abyss of perdition .”   This proves that the message, “We’re not under the law - we’re under grace” was not part of the Christian faith and was not believed by the Early Church - it is heresy. That is why I thank God for getting me out of that belief system that would’ve taken me st
Read more